skip to main | skip to sidebar

Finally, a new season of Big Brother is upon us. I tried to fill the void by watching The Glass House on ABC, but unless you can tune into live after hour feeds of the contestants having pillow fights, bathing and pooping on Showtime or CBS.com, summer just isn't the same.

This season's twist for Big Brother brought back four All-Stars not to compete, but to coach the new housemates.


Returning to the house were Janelle, the ex-Playboy playmate who won more competitions than anybody else in Big Brother history; Brittney, who had some of the best one-liners ever on the show during Season 12; Dan, who's alliance crumbled but still found a way to win Season 10; and Mike "Boogie," the old guy who road Evil Dr. Will's coattails for two seasons and tries way too hard to act like he's in his 20's to make up for the way his face looks.

When Mike "Boogie" arrogantly entered the house after proclaiming himself the best contestant to ever play the game, Ian, a 21 year-old student and historian of the game inadvertently put his ego in check when he eagerly greeted him by saying, "I was 10 when I watched you the first time!"

Also on the cast this season was Willie, yet another male Hantz who's related to Russell from Survivor, mainly because of the great birth control blight that hit east Texas/west Louisiana in the 1970's and 1980's that coincided with his relatives' unhealthy fascination with ABC's Battle of the Network Stars.

While "Russell's Brother" stated on his bio video that he didn't think that anyone would pick up on the resemblance, Ian and Dan immediately questioned his relation to the Survivor super-villain.

It was Ian, the only person in the house smaller than Willie who noticed the resemblance first. "I'm a huge Survivor fan, and I think Willie might be related to Russell Hantz from Survivor...I'm 99.9% sure."

As teams of three were chosen schoolyard style, Connie Chung informed us that one of the contestants would be eliminated from the game before they ever even officially entered the house based upon the results of the first Head of Household Competition.

The HOH/Elimination Challenge required the contestants to dress in their pajamas and navigate a bridge of spinning/twisting/turning beds to rescue teddy bears, with the first team to bring three bears back gaining the victory.

Dan's team started off in an early hole because his first pick Kara refused to put on pajamas and compete, claiming that she only sleeps in the nude.

In actuality, while Dan's team lost, he did get a strong performance from Kara, who obviously has had plenty of practice jumping from bed to bed as an ex-Playboy Playmate.


On the other hand, Jodie, an overweight marathon runner from California managed to turn the slow spinning beds into an obstacle course worthy of the show Wipeout, as she constantly rammed her giant forehead into the sides when she couldn't make the short leaps that were required.

Brittney decided to give HOH to "Russell's Brother" in a tactical move in order to allow him to use his temporary power to broker some deals given the other houseguests' suspicion about his identity.

Dan decided to eliminate Jodie, who may or may not have been the same token black lady that Big Brother keeps recycling on the show season after season.

Big Brother 14 Power Ratings - Each week I'm going rank the Big Brother contestants based upon their power and vulnerability within the house. Here's how the contestants break down after Episode 1:

11. Danielle Murphree - A 23 year-old nurse from the shit-hole known as Tuscaloosa, AL, Danielle comes across as the conservative and southern good-girl, and I'm guessing that she's a little too naive and moral to hang around the Big Brother house for very long, especially since her team is already down a member.

Then again, fellow house guest Kara used to perform at Disney World, and look how that turned out after she got a taste of being in front of the public. Danielle did potentially show some daddy issues when she apologized to her dad on camera before slipping a pair of "Daisy Dukes" into her suitcase while packing for the show.

Of course, Danielle was totally upstaged by Frank, who made sure to pack a pair of jean shorts that he called "Bo Dukes," saying that "Every boy needs at least one pair" and that "the ladies love 'em." Hmmm...Am I sensing a potential Daisy Duke/Bo Duke love connection? After all, Danielle and Frank are both from the South.

10. Joe Arvin - Joe is 41 year-old chef from Lexington, KY. Let's just say that when your old and your whole strategy for playing the game is to cook well enough that the other house guests keep you around for a little while, it doesn't bode well. At least he's younger than Mike "Boogie"


8. Jenn Arroyo - The 37 year-old rocker from Brooklyn was actually the bassist for the all female metal band, "Kittie." ﻿﻿﻿At first glance I was going to say that this tatted-up self described plotter might have a little "Evel Dick" in her, but then she informed us that she's a lesbian, so I'm pretty sure there's no dick inside her, no matter whether it's evil or good.


﻿﻿ ﻿﻿
7. Wil Heuser - Wil is a 24 year-old flamboyantly gay resident of Louisville, KY who kind of looks like a cross-eyed Fabio. Not only is he a triathlete, but he's also a marketing consultant...If marketing consultants these days get paid for organizing flash mobs. He also believes in wearing mesh clothing to show off his body because "Skin is in."

Wil should be good for some drama in the game, having described his strategy as "A little bit of gossip and a little bit of backstabbing." I'm not quite sure if he was talking up his social game or bedroom skills when he bragged, "I know how to work my way around a cock-tail party." Either way, "Mike Boogie" should be excited.

Much like how all Asian people want to be on Survivor, every single gay man has tried out for American Idol.

6. Ashley Loco - Ashley is a 26 year-old Pittsburgh transplant now living in Hollywood. Fortunately for Jersey Shore transplant Jojo, Ashley operates a mobile spray tan business. While she describes herself as a graduate of a B1G university, she's clearly the type of girl you'd find meditating to crystals and trying to figure out how to take the peel off of a penis...I think I love her.


5. Jojo Spatafora - Jojo is a 26 year-old spitfire bartender from Staten Island of Sicilian descent. She describes herself as a social person, but I'm wondering if she's not a little too Jersey Shore to live in close quarters with 14 other people for the rest of the summer. On that note, here's hoping that she gives us a crotch-shot or two...Or at least that she gets a UTI and takes a piss in the corner of the house.

While I'm curious about how far Jojo Spatafora will go in the game of Big Brother 14, I'm even more curious about the piercing that she has Vagazzled in the middle of her fucking throat.


4. Frank Eudy - This unemployed 28 year-old is an unemployed resident of Naples, FL. As it turns out, he's actually the son of former professional wrestler "Sid Vicious."


3. Ian Terry - Ian is a 21 year-old chemical engineering student from Pittsburgh. While he's a bit young to win the game, he's a Big Brother aficionado who developed a game strategy that he intends to employ during study hall when he was in the 6th grade.

While Ian jokingly referred to himself as shows next sex symbol, Ashley confessed that he was just her type given his glasses and nerdy look. Unfortunately, Ian is lusting after for Kara instead of Ashley even though he was 13 when she first appeared on the cover of Playboy...Which actually makes perfect sense now that I think about it.

2. Kara Monaco - As described above, Kara is a 29 year-old Playboy Playmate who's originally from Florida. She parlayed her willingness to get naked on camera into relationships with "Good Charlotte" guitarist Benji Madden, "Ratt" guitarist Warren Demartini, and Robert Kardashian (I'm assuming it was the kid, but given that she dated somebody from a 1980's hairband, I can't entirely rule out the dad).


Given her stint on The Girls Next Door, I'm thinking that Kara will have no problems finding a guy in the Big Brother house to carry her along for the better part of the summer.

1. Shane Meaney - Shane is a 26 year-old house flipper/carpenter who was also selected as Vermont's "top bachelor" by Cosmo magazine. Shane describes himself as a nice guy who's down to earth and gets along with everyone. With a last name like "Meaney," this blog has to give him the nod for the top ranking in my Big Brother Power Rankings after Week 1, especially since Brittney made him the #1 overall pick when the coaches picked their teams.

The Red Mieni: As seen on ESPN's Sunday NFL Countdown 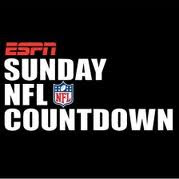 The Product of a One Night Stand Between Mel Kiper, Jr. and Todd McShay

The Self Medication of a Lifelong Detroit Lions Fan

The "State" of the Spartans

Analying MSU Football and Basketball Over a Couple of Beers